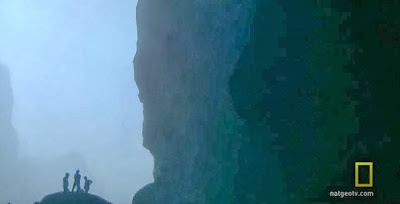 
This Day in History, November 23. Lead Story. On Nov23, 1936: First issue of Life is published; On Nov23, 1963, the first episode of the sci-fi series “Doctor Who” aired on BBC television; American Revolution Reluctant Patriot Edward Rutledge is born, 1749;

In 1644, John Milton’s treatise Areopagitica was published.In 1889, the first jukebox was placed in service in the Palais Royal Saloon in San Francisco.
In 1890, the independent Grand Duchy of Luxembourg was separated from the Netherlands.
In 1919, the first play-by-play football game broadcast by radio in the United States described Texas A&M’s 7-0 shutout of the University of Texas.
In 1936, Life magazine made its debut.
In 1943, the U.S. Marines took control of the Gilbert Islands from Japanese forces following a fierce 76-hour battle.
In 1945, World War II rationing ended in the United States on all foods except sugar.
In 1954, China announced it had convicted 11 U.S. airmen and two civilians of espionage.
In 1980, an earthquake in Naples, Italy, killed 4,800 people.
In 1992, the United States lowered its flag over the last U.S. base in the Philippines, ending nearly a century of military presence in its former colony.
In 1996, a hijacker forced an Ethiopian jetliner to fly until it ran out of fuel. The aircraft crashed into the sea, killing 125 of the 175 people on board.
In 2002, the Bush administration eased anti-pollution regulations that required older coal-fired refineries to upgrade facilities with modern clean air equipment in an effort to spur expanded construction of power plants.
In 2004, in a disputed Ukraine election, the day after opposition leader Viktor Yushchenko declared himself the winner, officials determined that Kremlin-backed Prime Minister Viktor Yanukovych was the real winner.
In 2008, U.S. President-elect Barack Obama nominated Timothy Geithner to be treasury secretary and selected former Treasury Secretary Lawrence Summers as the head of the White House Economic Council.
In 2009, South Carolina Gov. Mark Sanford, who made headlines earlier with the report of an extramarital affair, was charged with 37 counts of using his office for personal financial gain by the state ethics commission.
In 2010, South Korean officials said North Korea bombarded the South’s Yeonpyeong Island, killing two civilians and two marines and injuring 18 other people in an apparent effort to discourage upcoming U.S.-South Korea joint military exercises.
In 2011, legislation making casino gambling legal in Massachusetts was signed into law by Gov. Deval Patrick, who said he favored the proposal for its job-creating potential.
In 2012, a day after Egyptian President Mohamed Morsi issued a decree stating his decisions weren’t subject to review or appeal, police in Cairo used tear gas on thousands of protesters accusing him of making a despotic power grab. Morsi was elected in June.
Copyright 2013 by United Press International

‘Green Super Rice’ About Two Years Away for Asia, Africa
This is the VOA Special English Agriculture Report.
Scientists have worked for twelve years to develop what they call Green Super Rice. They say several varieties should be available to farmers about two years from now in parts of Asia and Africa.
The “green” in Green Super Rice means environmentally friendly. Researchers say it will produce at least as much grain as other rice plants but with fewer inputs. “Super” means the rice is designed to better resist droughts, floods, salty water, insects and disease.
The developers of Green Super Rice did not use genetic engineering. Instead, they mated hundreds of varieties of rice. That way they avoided the costs as well as the problems connected with getting permission to plant genetically engineered crops.
The project involves the world’s largest rice collection, the International Rice Research Institute in the Philippines. It also involves the Chinese Academy of Agricultural Sciences. And it includes farmers in eight countries in Asia and eight in Africa.
Modern rice plants produce two to three times more grain than was possible before the nineteen sixties. But they also require large amounts of water, chemical fertilizers and pesticides.
In the sixties, the International Rice Research Institute developed “miracle rice” for Asia. Scientists created high-yielding crops that produced bigger harvests in what became known as the Green Revolution. It prevented widespread hunger.
But critics say modern rice plants require too much water and too much use of chemicals that can hurt the environment. And farmers may be too poor to buy chemical fertilizers and pesticides.
Anna McClung heads a rice-breeding center for the United States Agriculture Department. She says combining many different genes into one plant without genetic engineering requires a lot of plant breeding. Ms. McClung praises the researchers working on Green Super Rice.
ANNA McCLUNG: “The magnitude of what they are doing is really quite unique and tremendous.”
Another rice researcher, Jan Leach at Colorado State University, says scientists can find valuable qualities hidden in the rice genome. A genome contains all of the genetic information about an organism.
JAN LEACH: “Many of the traits are present, but they are not turned on until you get them into the right genetic background, or sometimes in the right environment.”
Researchers on the Green Super Rice project continue to combine desirable traits into new varieties to help farmers produce more with less.
And that’s the VOA Special English Agriculture Report. You can also watch captioned videos on YouTube at VOA Learning English. I’m Karen Leggett.
___
Contributing: Steve Baragona and Jerilyn Watson
download MP3 (Right-click or option-click and save link)

Posted by foodcrops at 5:50 AM